Overview Autism is a complex disorder involving brain development
Those with this disorder often have trouble with perceiving the world around them as well as communication with others. Tasks that are easy and intuitive for other children can become a struggle for those with autism. Further, individuals with autism typically have trouble with physical development. The sights, sounds and sensations in the world may overwhelm them.

Autistic people can be greatly assisted by new technologies in a variety of ways. Technology can present a new way for these individuals to learn about their bodies and the world around them. For example, virtual environments can enable those with autism to interact in a more directed and focused manner, helping them with movement and the ability to understand cause and effect.

Further, new advancements can assist these individuals with social development. It is possible to learn more positive forms of communication through engaging children through fun and interactive tools.

Objective Physical development is an issue that interferes with the day-to-day life of those with autism.

Due to the fact that this condition impacts the part of the brain that controls coordination and balance, they often experience great delays in both gross and fine motor activities. Movements can become slower and even uncontrollable. Repetitive behaviors involving jumping, rocking, twirling, repeating sounds are common.

Researchers have concluded that one of the main characteristics of an autism diagnosis is impairment of motor skills. A recent study from Washington University in St. Louis revealed that the motor skills of 83% of children with autism scored below average. Further, motor skill impairment is now seen as directly linked to social impairment.

Communication is another problematic issue among those with autism. Children will not learn to speak on the typical milestones met by their peers. When they do learn to speak, they will often have trouble putting words together in a meaningful context. Studies by the National Research Council show that they have “low rates of social initiation and response to peers.” They may also infrequently demonstrate verbal communication. Joint attention skills, typically involving eye contact and gestures for conveying experiences, are absent.

Children often fail to respond to stimulus and seem to have a lessened interest in other people. They will be more likely to play alone and rarely will play social games with other children. These children may also have trouble processing emotions and this can result in outbursts and even physically aggressive behaviors.

Solution Autism centers are seeking out ways to use new technology as a way to encourage motor skill development and socialization for those with this condition. BEAM is one system that provides children with a completely new way to interact with the environment around them. This system is a virtual indoor playground that allows multiple players to simultaneously interact with one another. Games are projected onto walls and floors, and children are able to interact with the games using their hands, feet and body gestures.

BEAM is proving to be an interesting and useful approach for helping children with autism. The system helps children with spatial development, encouraging the learning and integration of new body movements.

One center that has used BEAM is Anderson Center for Autism. Located in Staatsburg, New York, the center is designed to give individual care as well as specialized services to children and adults. They provide their clients with a variety of programs and services as well as consulting services all designed to help those with autism. Children’s services include Life Skills Development Programs, After School Programs and more. Anderson Center for Autism takes pride in their ability to provide state-of-the-art facilities. As a result, the staff decided that it was an ideal tool to implement into their facility.

Initially, the center ran a trial for 2 months to let individuals play with the system for 3 days a week. They located BEAM in the facility’s recreation room and is primarily being used for downtime for the students. The goal was to see what their reactions would be, as they wondered if BEAM would be too difficult or stimulating for those with autism.

The Anderson Center staff also sought to explore whether the students enjoy playing in this virtual environment and how much movement would take place. According to Behavior Analyst Amanda Coons MS, BCBA individuals began having positive experiences naturally interacting with the device.

After the initial 2 month period, The Anderson Center for Autism plans to use BEAM in many others areas. The center’s speech therapists believe that this tool should be part of the holistic approach that they encourage and continue to develop. The plan is for the therapists to integrate the system into the regular structured curriculum.

Benefits Amanda Coons MS, BCBA had worked for years as a volunteer coach for the Special Olympics. After witnessing many individuals benefit from athletics, she worked on transforming the center’s Special Olympics program. She explains, “In a few short years, the program went from a small group of approximately 15 athletes to one of the largest Special Olympics programs in the region, with over 85 athletes who compete in local, regional, and state level competition year-round.”

She decided to look for fun, interactive, non-traditional methods to encourage physical activity and movement among individuals with autism. Researchers as well as the Autism Treatment center have concluded, “One of the most effective treatments for those with autism is exercise.” Exercise has been noted to reduce many symptoms associated with autism including hand flapping, head nodding, gazing, rocking and spinning. These behaviors interfere with learning and social behavior. It has also been shown to improve the
attention span and reduce the rate of self-injury.

In regards to the implementation of BEAM, Coons commented. “Seeing the transformation of each athlete caused me to think more deeply and broadly about extending these benefits to an even larger range of individuals. Special Olympics is a fabulous venue for individuals with some pre-requisite skills to be able to compete at various levels, but what about the individuals who live more sedentary lives? How do we make physical activity more appealing and, more importantly, how do we get them moving?”

After the 2 month evaluation period, Bozenski and Coons noted that BEAM was useful for fostering communication and socialization skills. An example of BEAM’s benefit in this regard.
includes using the system to simulate two individuals virtually rolling a ball to one another, which served to demonstrate cause and effect between both a system and individuals. Groups also watched individuals playing with BEAM, and this led to interaction and communication as a result. For students struggling with communication and interactivity skills, BEAM proved to be an
interesting new tool.

Another example of BEAM successfully being used by autistic children at the center came in the form of promoting new body movements. One virtual game that BEAM uses involves falling leaves. This game encouraged students to make body movements that they may not otherwise have made, and to develop stronger skills in the process.

BEAM offers an important degree of safety. Bozenski and Coons observed that the system demonstrates real world environments and situations that require movement and interactivity. Yet, it does so in a very safe and controlled environment. This aspect of BEAM’s functionality was of keen interest to all at Anderson Center for Autism, as the staff had been looking for new and creative ways to encourage sedentary individuals to move around.

Evaluation After Trial Period Once the system’s level of stimulation was modified, the ability to help establish cause and effect amongst autistic children was noted. To date, the Anderson Center for Autism staff has found that one of the key areas in which BEAM was helpful with individuals is in the area of establishing cause and effect. The technology shows children the link between cause and effect via the games, Children see instant or hear instant BEAM reactions to their body movements and gestures. This has also proven to be a valuable tool for the students.

Coons explained, “They provide individual time so the students could just interact by themselves. They would also bring the group together and it was interesting to watch how BEAM became a tool that helped students with their communication and socialization.

“They provide individual time so the students could just interact by themselves.”

Since different approaches are often needed to effectively reach autistic children, BEAM stands as a highly adaptable and useful tool in such environments. Games involve music, numbers and other stimulus. As a result, there are various ways for centers specializing in autism to reach out
to their clients to foster interaction and learning.

Further, the staff noted that BEAM was easy to use, accessible and that the majority of individuals that tried the system enjoyed their experience. Through the system, autistic children can be engaged in a variety of ways that are essential for their growth and development.

Potential For BEAM Technology Future Widespread Use in Medical Facilities

In the past, BEAM technology has been incorporated in a wide range of venues such as restaurants, malls, museums, family entertainment centers and museums. Increasingly. BEAM is receiving more attention from medical centers for its potential in helping patients.

The incorporation of BEAM at Anderson Center for Autism underscores several important aspects of the technology that make it ideal for many different types of medical facilities. First, this technology is very adaptable and can be effectively used by a wide range of children and individuals in many versatile locations. While the children at the autism center found it fun and interesting, it also serves as an engaging tool for non-autistic children as well.

Secondly, the system provides a safe, clean and germ-free environment. This point is particularly essential for medical centers that seek to entertain and engage children, but need to select products that do not easily spread sickness and or disease. Plus, BEAM is completely self-contained and virtual. As a result, it does not result in messes that need to be constantly cleaned by the staff.

Third, BEAM encourages children to get up and exercise. Of course, exercise has many health
benefits for both physical and mental development.
With these three benefits in mind, it is no wonder that more medical facilities are quickly integrating BEAM technology. The success to date at the Anderson Center for Autism reveals that the system holds even more benefits for children that have yet to be discovered.

For families, the autism community, and public organizations, Anderson Center for Autism is a valuable, compassionate resource providing education, support, outreach services, and information aimed at delivering assistance and increasing opportunities for inclusion. Our professional team administers programs that comprehensively address each individual's educational, emotional and social needs in a proactive, positive manner.

What Anderson Center for Autism says about us 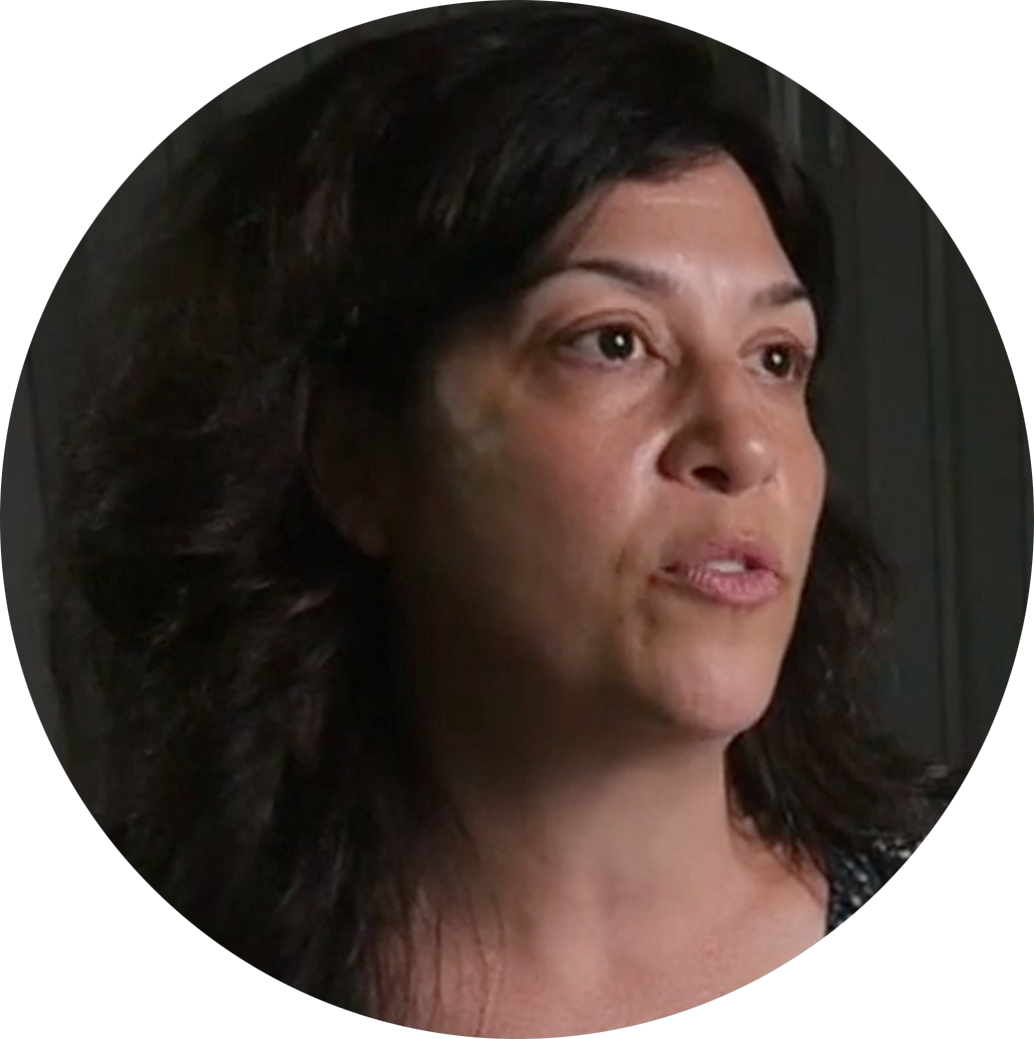 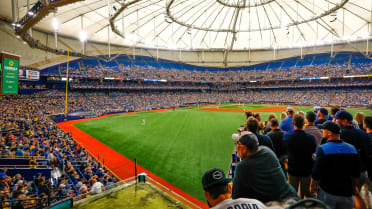 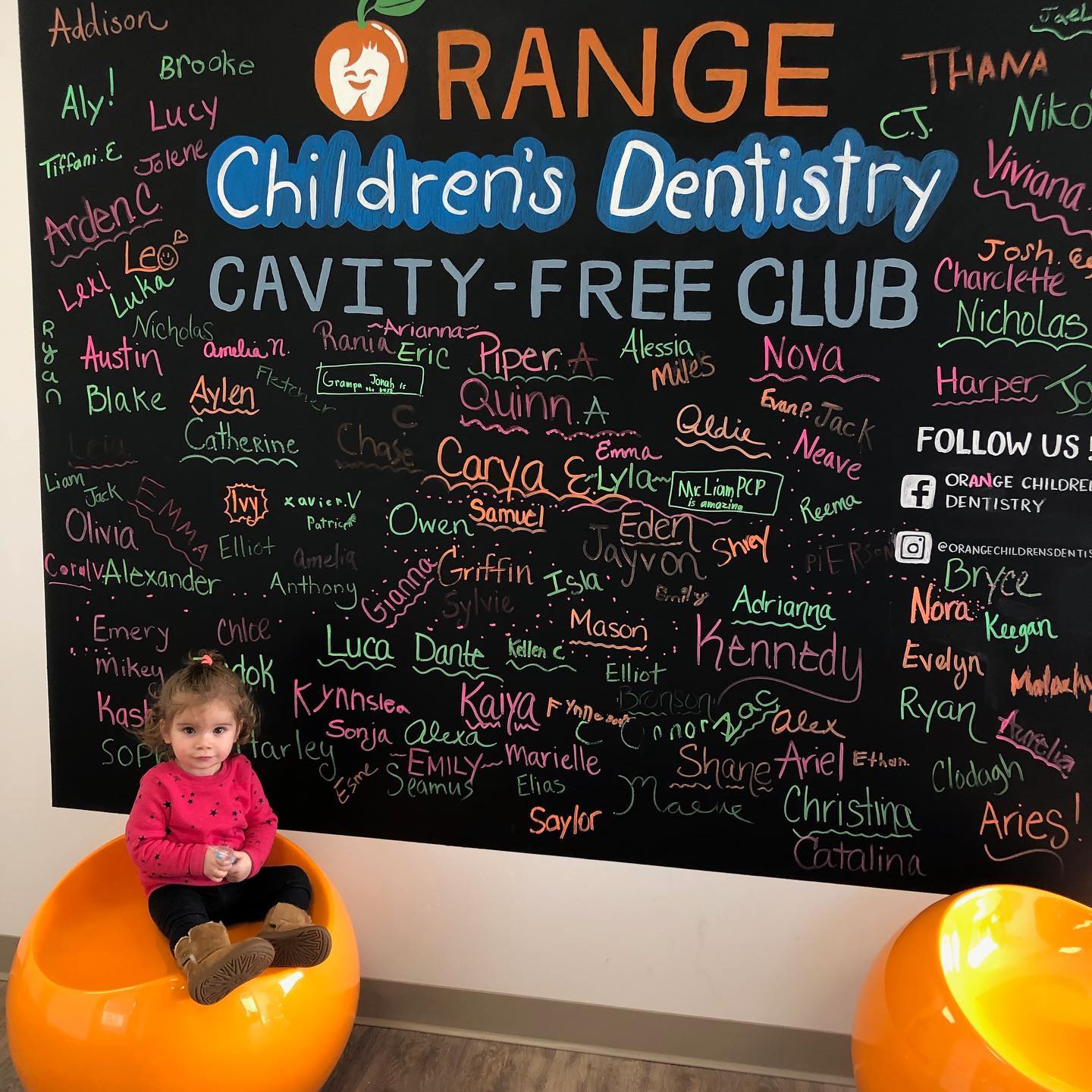 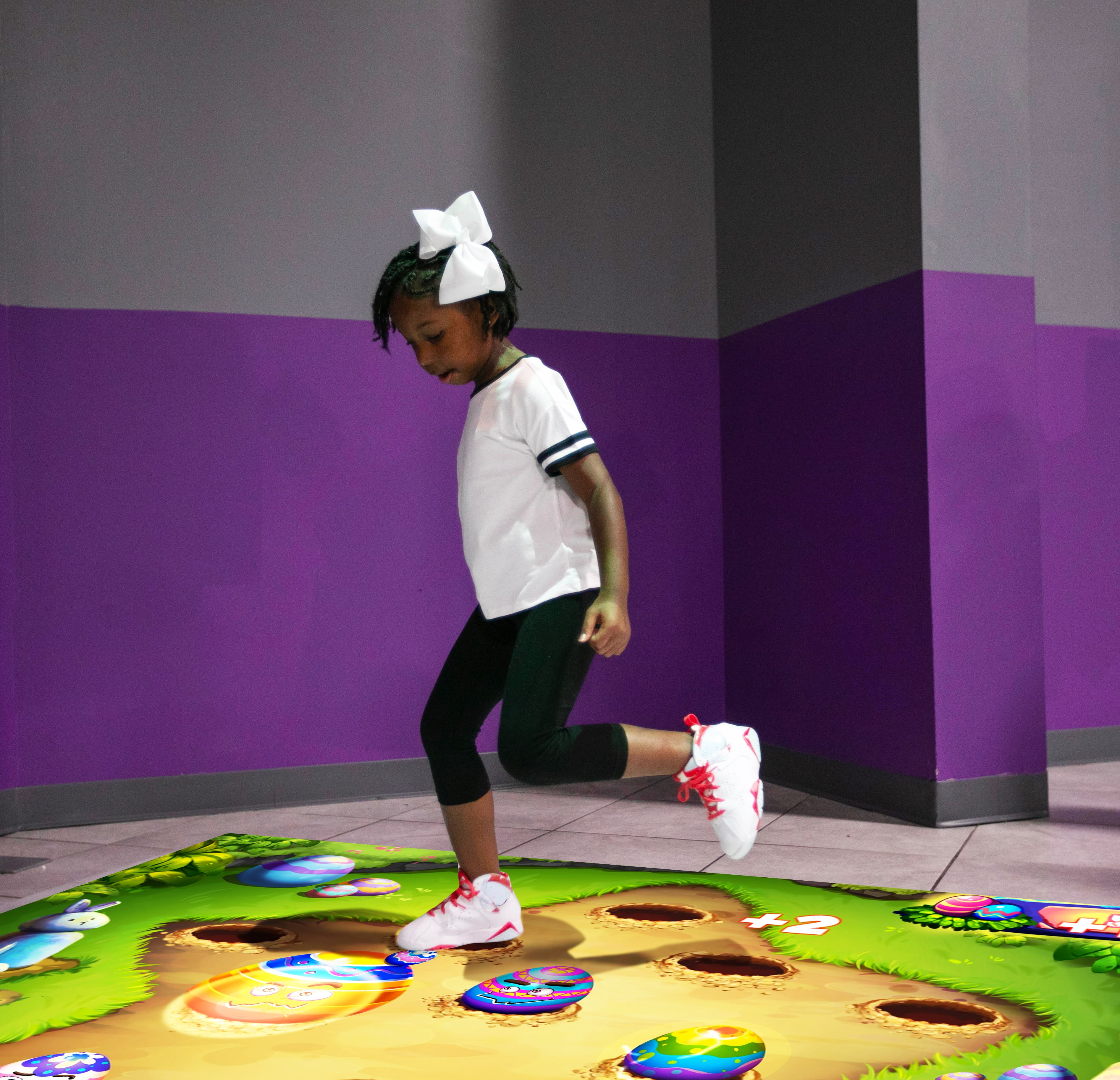 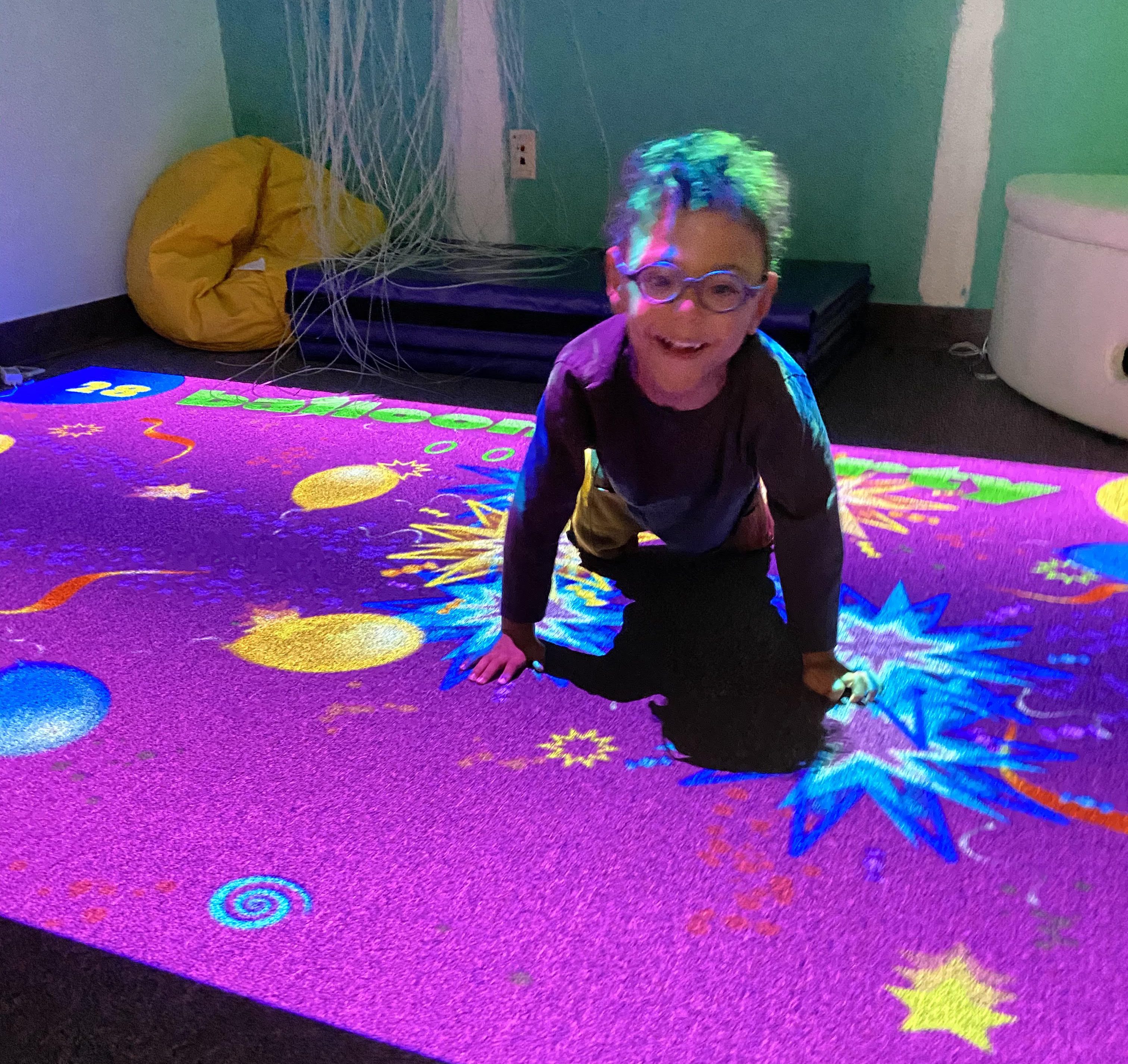 Lekotek of Georgia at Cobb 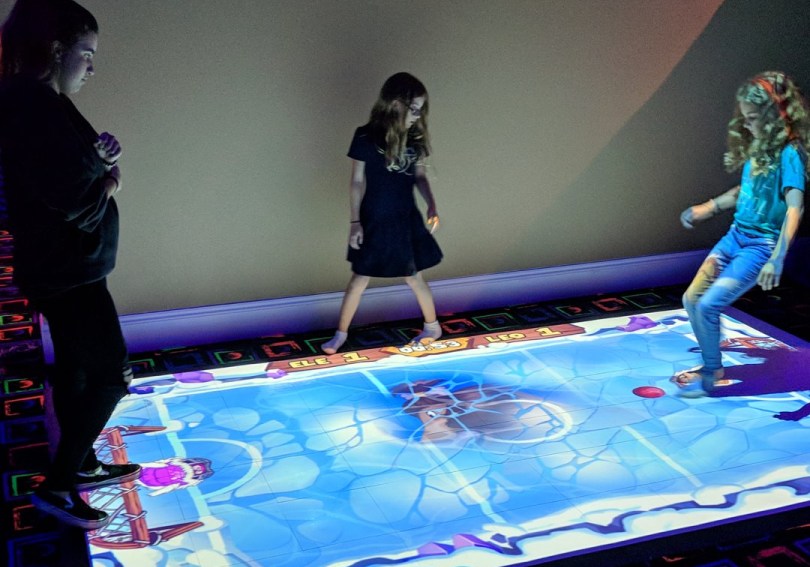