2016 is the year of virtual reality (VR). Our product, BEAM, is one example of augmented reality. BEAM uses state-of-the-art AR technology.

Some hardcore gamers that were around (and playing video games) in the 1990s will remember one of Nintendo’s few abysmal failures.  It was touted as the first portable game system that displayed “true 3D graphics.” It was called the Virtual Boy. And it failed. Horribly. Released in August of 1995, it was discontinued in March of 1996. Before its failure, however, some retailers were offering the systems for as low as $20 just to try and sell them. We’ve come a long way in 20 years. Technology has improved by leaps and bounds since Nintendo’s failed endeavor. So much so that Nintendo could theoretically take another shot at virtual reality gaming. Why not? Everyone else is doing it. 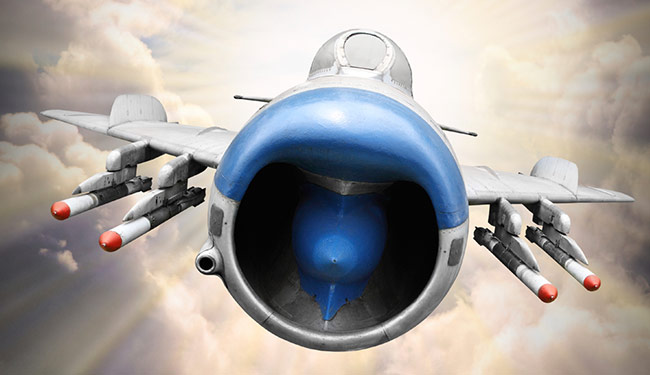 2018 is the year of virtual reality (VR).  There are several virtual reality headsets either already on the market or heading to the market shortly.  Sony Playstation has an offering.  So does Samsung.  HTC is even getting into the market. But for businesses, there’s a problem. The core demographic for these new VR devices is consumers, especially gamers. Are there any VR devices ready for business use? Well, yes and no. Let’s see what’s available.

This is the headset that started the craze.  From the moment it was announced, there was excitement about this system.  The concept was birthed by Palmer Luckey and funded via a Kickstarter campaign.  Then, Facebook came in and bought it for $2 billion. Obviously, there’s a market. The Oculus Rift plugs into a computer’s DVI and USB ports and tracks head movements to provide 3D imagery on stereo screens.

But to use it, you need to have a beefy desktop system. If your business is a cybercafe or a gaming bar, a virtual reality system like this could be an option. But for most other businesses it’s not a good fit if you’re using VR as a customer attraction. You can’t really move much while using the Rift due to the cables. 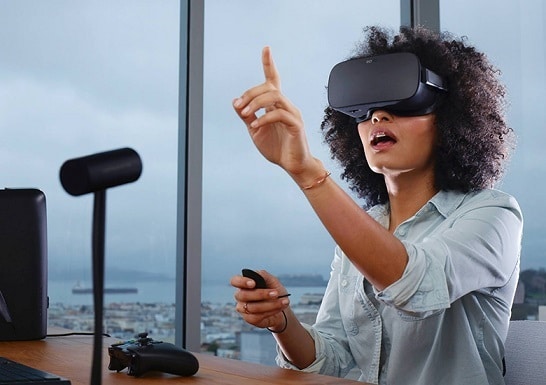 The HTC Vive was developed by Valve, the huge gaming company behind the delivery service Steam. The Vive has some advantages over its competitors. The device has better head tracking and allows you to move around a room that has special sensors installed. However, there’s still a big problem. You’re plugged into an expensive computer. And considering the device costs $799 as of this writing, if it breaks under use it’s not a cheap replacement. 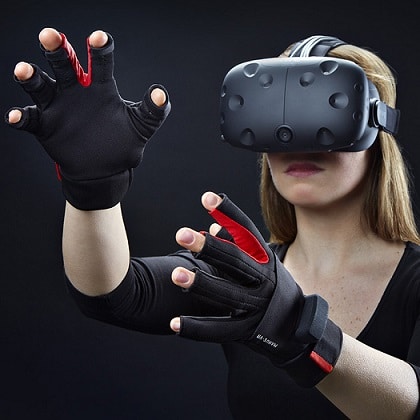 Sony Playstation VR is going to be released in October, and if you already use a PS4 as an entertainment device in your office this is another option. It’s cheaper than the Oculus Rift and the HTC Vive, but you’d need a dedicated gaming console that is quite valuable, and you still have the problems with cables and cords.

So, for customer experiences, these virtual reality helmets aren’t the way to go except in certain business niches. However, there are some places inside the office where they are being used. Some companies are using the software to create simulations of complex and dangerous tasks for training purposes. But unless you’re willing to program your own software for the devices it’s not going to be of much use for entertainment venues. 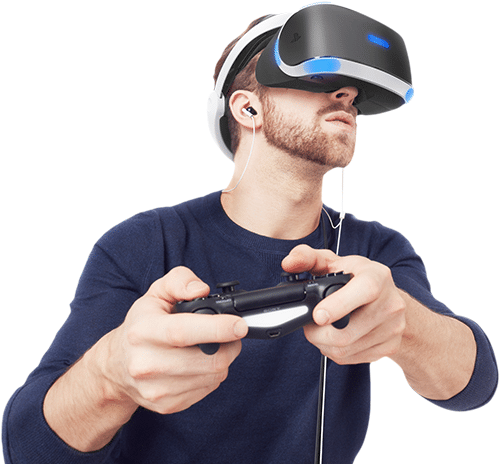 Augmented reality (AR) is a different story. Augmented reality combines our usual sensory experience with an overlay of virtual items that can be manipulated. Instead of replacing our senses with another input, like with virtual reality, augmented reality supplements our natural experience. AR systems use projectors, cameras, and sometimes smart devices to track where people are in space and show the objects.

AR has some definite advantages for businesses over VR. There are no cords and the systems are self-contained. Like VR, AR is just coming to into the mainstream but it’s also more flexible. It’s also a lot cheaper than buying all of the headsets and computers necessary to run multiple VR stations. Plus, you don’t have to worry about people walking off with your equipment, or passing germs back and forth between headsets.

So, while VR may be getting all the consumer buzz right now, we think it’s not quite ready for prime time yet for businesses except for a few edge cases. Until there’s some way to secure all the equipment and get rid of the cabling, it’s too expensive and there are possible liability risks. We don’t believe that one option will eventually win over the others. They each have their niches. But for now, the best option is still augmented reality.

Our product, BEAM, is one example of augmented reality

BEAM interactive projector uses state-of-the-art AR technology. The core unit is a projector that mounts to the ceiling of your space. It then can create an immersive play space on your floor. The games for BEAM are targeted for young children who need a source of entertainment in play spaces, whether that space is a doctor’s office or a family entertainment center. The games for BEAM

Within the system, 3D motion-sensing technology can track the movements of up to 15 children.  The images projected onto the floor use the tracking technology to interact with music and sound. BEAM can project onto surfaces from 145”-170.” Best of all, there is no cleanup after play, and no staff needed to provide the interaction.

The BEAM system offers several dozen games for children of all ages. A new one is released every month.  It also promotes physical activity over sitting and using a hand-held controller, which is perfect for getting children up and moving while promoting fun and fitness.