The North Platte Children’s Museum recently installed a “Healthy Living World” exhibit and workshop to encourage children to make healthier lifestyle choices. A Wellness Grant from Blue Cross and Blue Shield of Nebraska supported this new installation, which prominently features the BEAM interactive projection games system. This is one of nine organizations in Nebraska that received a Wellness grant. 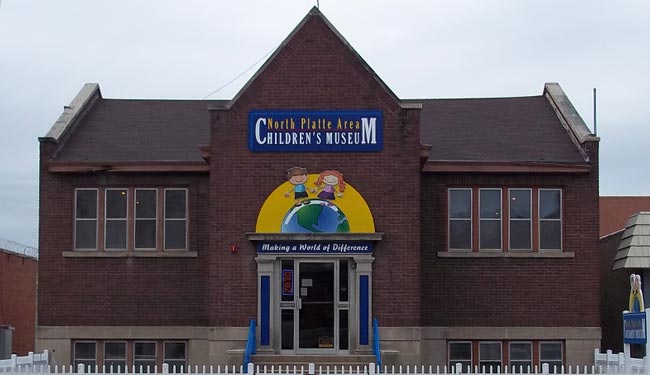 The North Platte Area Children’s Museum is an interactive place of learning, play, and discovery for children and their families. With 10 interactive exhibits, the fun never stops! From braving the seas on a ship in Pirate World to saving the lives of animals in Medical World, your imagination is the key to traveling our Worlds! It’s simple to see why, there’s a bunch of great activities that will fire any kid’s imagination.

For the medically inclined there’s a doctor’s office, complete with masks, gowns, gloves, and a super-sized operation game. If they’re interested in the heritage of the heartland there’s an interactive farming exhibit complete with a tractor to play in and a market for when they bring the harvest in.

For the more adventurous child they can sail the seas on our giant pirate ship, as they find their way to plunder and buried treasure. Be the engineer and take the trains through the tracks at our Union Pacific railroad exhibit.

BEAM is a cutting edge interactive projection games system by EyeClick, which enables children to activate life size motion graphics and games through their physical movements. Children ages 2 and up can use their hands and feet to launch sounds and colorful images. A wide range of physical activities is involved including dancing, twisting and running.

In addition to the BEAM interactive playground, they also features educational workshops. Halligan added, “With childhood obesity becoming an epidemic across the country, this was a great grant and a great opportunity to try to be involved in improving the health of kids in America. Making the difference in the health of even one child means this was successful for us.”

The North Platte Children’s Museum is planning to add additional wellness programs, such as day camps that educate kids about healthy living. This 501(c)3 institution was originally opened in 1999. Its mission is “serving the needs of children, families, and schools as a center of learning and discovery.” The museum prides itself on its various interactive exhibits and hosts events, camps, and parties throughout the year.

BEAM interactive projector games system is an award-winning interactive projection game system that instantly enhances the customer experience at your business with endless fun, excitement, entertainment and engagement. For more information about the BEAM system and how it can help make the difference in your waiting room, contact the BEAM Team today!