The Israel and US-based tech company EyeClick has won the gold at China’s 7th annual Popular Science Products Fair for its flagship tech product and virtual game system, BEAM. The Popular Science Products Fair, which went from the 11th to the 13th of November, featured over 400 technology and science companies from over 20 countries around the globe, and is one of the largest fairs of its kind in China.

The company was lauded in China for its commitment to a “global sales strategy” and “award winning technology.” 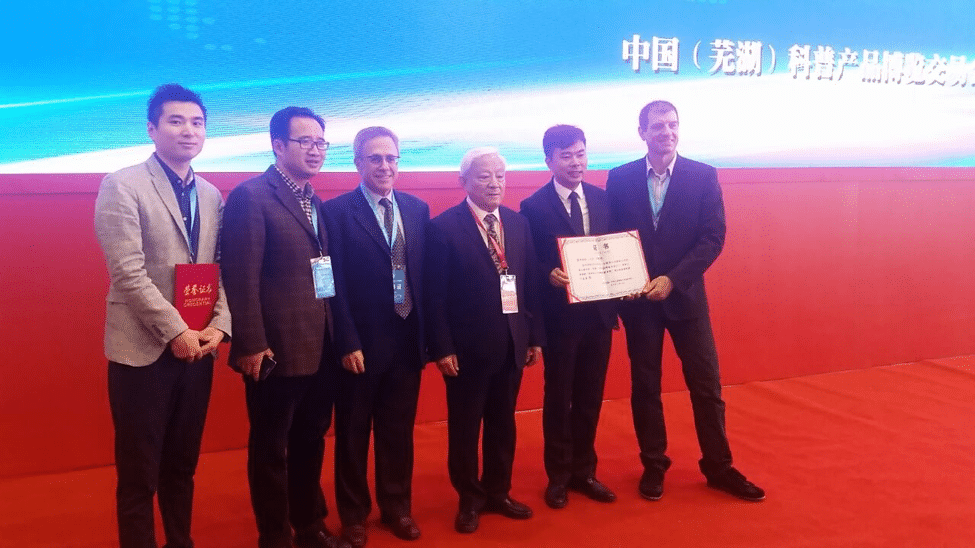 “We’re thrilled by the results,” said Ariel Almos, CEO and founder of EyeClick. “We’re honored to receive this prestigious award and recognition in our company as a pioneer in interactive display technologies.”

The BEAM console is a new kind of interactive floor game system which combines projectors with motions sensors to create a “virtual playground” complete with interactive functionality. Thousands of companies around the world have installed BEAM, including some of the world’s most recognized brands—from Burger King to Virgin and Verizon to IKEA and Samsung.

BEAM’s rapid rise from a 2005 tech product to a globally recognized brand is in large part due to EyeClick’s worldwide marketing efforts.  The company has installed thousands of BEAM game systems across 80 different countries, with more planned in the coming years. Its presence in China, therefore, comes as no surprise to individuals following the company’s movements.

“We want to promote BEAM to as many markets as possible,” said Almos. “The way we see it, children as the same everywhere you go. They all want to have fun. And BEAM makes that happen in a unique way.”

BEAM interactive projector game system, a technology developed by EyeClick, is an award-winning gaming solution with the ability to transform any space into a highly-immersive and engaging play area for children. BEAM uses cutting-edge projection technology that mounts to a ceiling, creating an interactive play space on any surface below. You can find BEAM in use at day cares, camps, education facilities, healthcare clinics and many other environments across the globe.

Please contact Paul Zonis at 914-219-0279 or media@eyeclick.com for more information about BEAM, EyeClick, and this press release.