Why Technology Is The New Boogeyman and What You Can Do About It!

It happened one night when my baby screamed.  I ran into the room and asked him what’s wrong.  I noticed everything was fine, I grabbed the iPad and turned it on, opened an app and gave it to my child.  Left to my room back to sleep and the next day my child was gone.  I should have listened but I didn’t and now he’s gone.  My youngest child is gone… 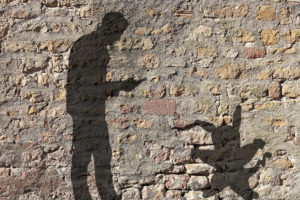 The technology boogeyman killed my kids and he’s coming after yours.

She screamed loudly, it was the boogeyman that killed my kids.  It took my eldest two children years ago and now it’s taken my two-year-old.

I’m no Stephen King but this does sound all too familiar.

Although this is an exaggerated version of the truth, for some technology is the new boogeyman.  The tech Boogey has killed the childhood of the current generation.  It rots children’s brains until they are no more.  Well, at least that’s what we as parents seem to think.

Here is what else the tech Boogey has killed

While it is evident that children start to use technology at age one, many argue that it is not a bad thing.  Some say that technology is linked to poor sleep patterns in children.  A study concludes as toddlers spend more and more time on technology sleep problems increase.  However, there are also those who argue otherwise, whom I agree with.  Because of the effects of technology, specifically, touchscreens is new to study parents shouldn’t chunk their iPad in the trash.

Then there’s those who complain technology is making kids into zombies.  “When I was a kid we used to play outside all day.”  Sound familiar?  Or this one.  “Not another gaming device replacing playtime, that’s why kids are obese.”  Yes, I agree that video games keep kids from physical activity that leads to obesity, but video games are not the sole responsible party.  Clearly, technology has had its run with potential negative side effects, but not enough toward the tech Boogey.

Let’s not forget that technology has also been blamed for the diminished empathy of children.  Parents blame technology for children’s numbness, but that doesn’t make your child a psychopath.  Then there is bullying.  The lack of empathy has triggered an increase of bullying among children and apparently, most believe that it stems from an increase in the use of technology.  Not to mention, that online bullying has not increased despite the media’s attempt to make it seem so.  40% of bullying happens in person.  Lastly, another side effect is its robbing children of playtime.

But if tech is so bad, it can’t be good

Contrary to what you have read, it actually is.  The use of technology in toddlers has increased literacy, cognition, and motor skills in children.  A study shows that memory increases the more a child plays a video game.  Conversely, the harder the game got, and the further the child progresses in the game, the brain get better in remembering and adapting to new skill sets.  Moreover, playing video games is linked to higher intellectual function and school competence.  Among children with autism, technology improves their hand-eye coordination and social development. 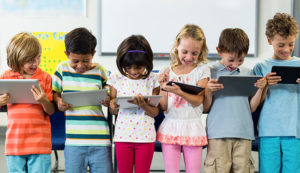 How to banish the tech boogeyman

There is no doubt it’s a difficult world.  Instead of romanticizing your childhood and tech shaming kids accept that technology is very much a part of their life.  Technology is here to stay. Embrace it.  Accept it.  You don’t have a choice.

But, here is what you can do.

My son drove me bananas constantly playing video games.  He was either on his laptop, on his phone or even both.  Now that he’s gone, I am reliving the tech agony with my 10 year old niece.  I have to pick her up from school on Mondays and Tuesdays.  Immediately after getting in the car she’s plugged her beats in her ears (which I bought her, shame on me) and is glued to her iPhone.  This is what I do now.

By the time all that happens, we’ve arrived at our favorite boba place and spend time talking to the kids that work there.  Sharing is important to keeping the tech Boogey away.  Yet we are to blame for enabling it.  We use technology as a babysitter and time waster.  Which brings me to my second point.

Be a model parent.  I’m so guilty of watching tv while working on my laptop only to be pinning my life away on Pinterest.  I happened to walk into the living room only to catch my niece doing the same thing.  She was on her phone and had the TV on the Disney channel.  When I asked her what she was doing she replied I’m watching both.  Consequently, I asked her to choose one.  If you want your kids to get off their iPads then you should too.  If you want them to go outside and play then go outside with the.  Better yet, create free zones.

This one will banish the tech Boogey for good.  In my house, we don’t use our phones and iPad during family dinner.  If we go out to eat our phones are put up.  Especially when I take my niece out for lunch after school.  If you are watching tv together have a one technology at a time rule.  Designate how and when kids can use their tablets, smartphones, and laptops after they get home from school.  Most importantly set up a time each week where everyone is outside for at least 15 minutes.  Go for a walk.  Walk the pets together as a family.  Find something to create a tech-free zone together as a family.

Ask yourself is my child happy, healthy, and well loved.  If the answer is yes, then we need to stop tech shaming kids.  Your lack of willingness to teach a child how to use technology responsibly will bring back the boogeyman.

BEAM interactive projector game system by EyeClick is the future of VR and augmented reality.  The award-winning, innovative platform engages children through tailored games.  BEAM helps early learning centers provide an immersive education, while encourages children to indulge in physical activities to work up a healthy appetite for learning.  Learn more about BEAM

~~~J Franco is a freelance content writer and social media strategist for BEAM by EyeClick.  She is a graduate of the University of Southern California with a Master of Communication Management.  J is a marketing ninja by day who is always plotting her next global adventure where she can continue writing her personal memoir. Follow her here

Our 21 Fun Educational Games For Kids (Of All Ages) 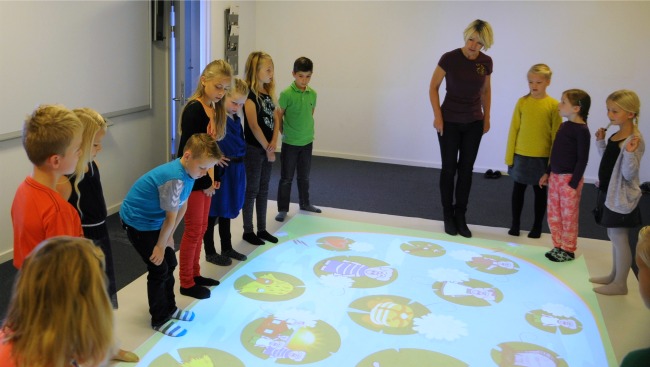